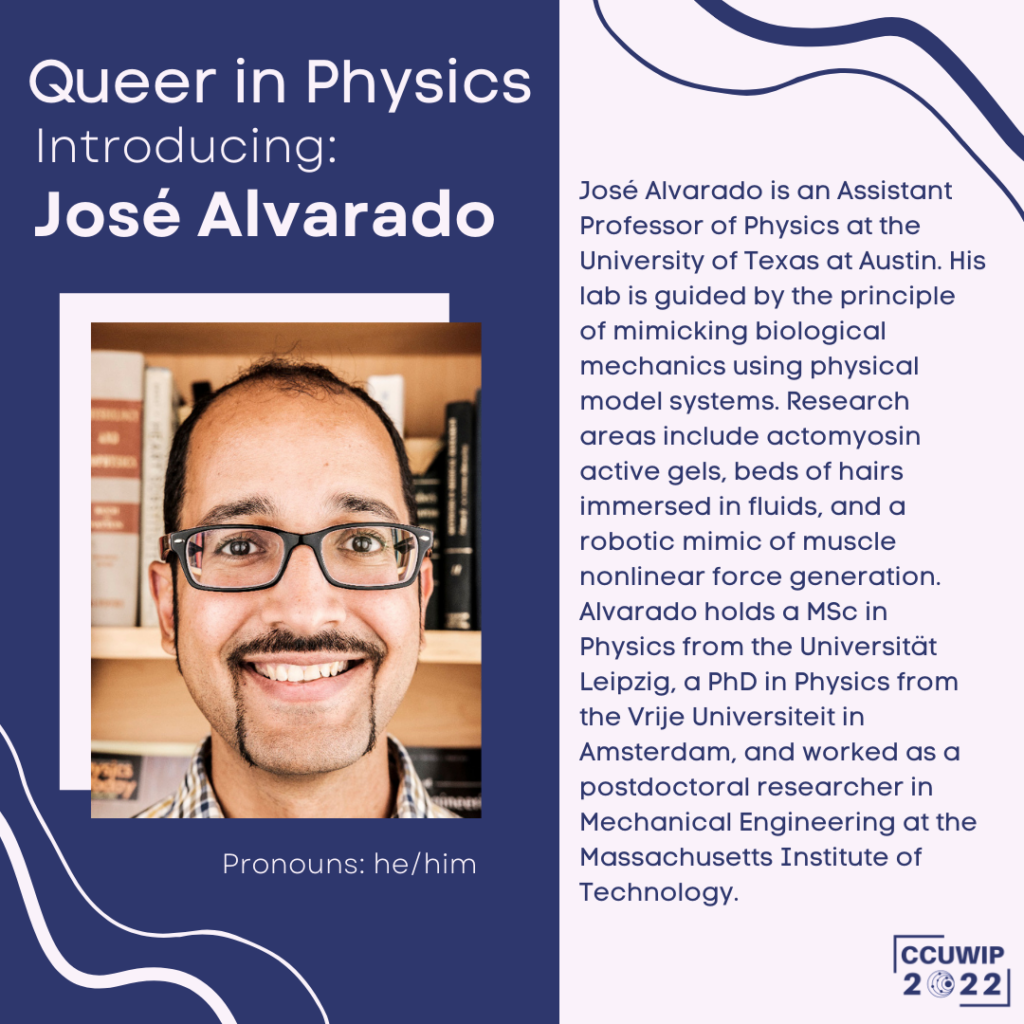 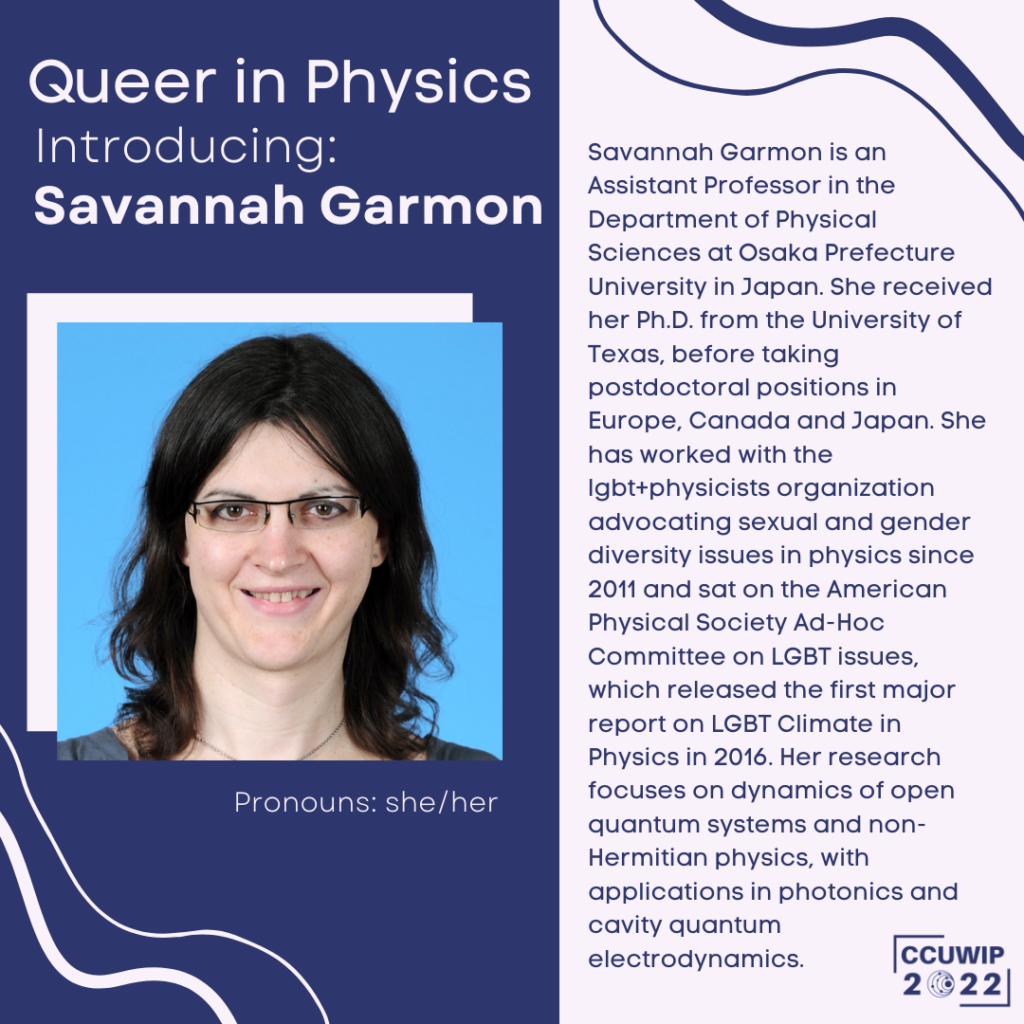 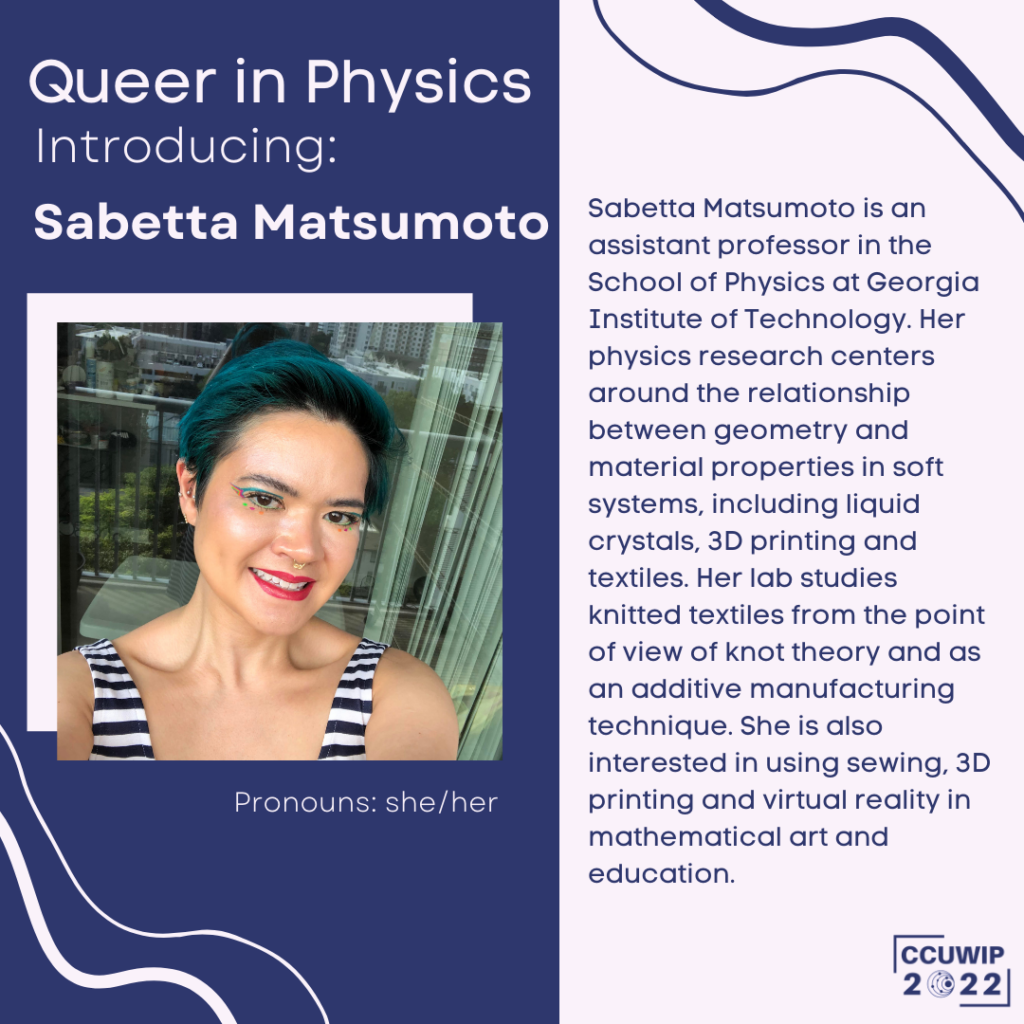 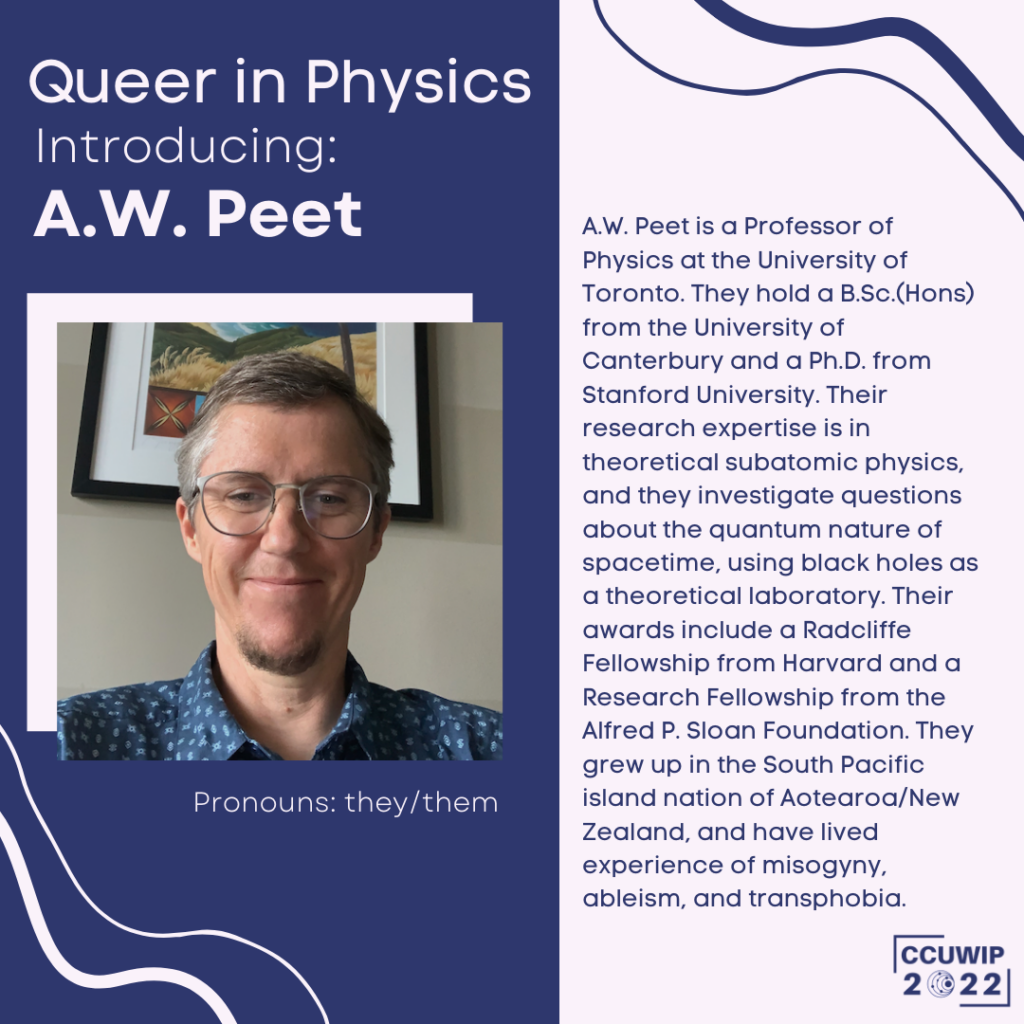 José Alvarado is an Assistant Professor of Physics at the University of Texas at Austin. His lab is guided by the principle of mimicking biological mechanics using physical model systems. Research areas include actomyosin active gels, beds of hairs immersed in fluids, and a robotic mimic of muscle nonlinear force generation. Alvarado holds a MSc in Physics from the Universität Leipzig, a PhD in Physics from the Vrije Universiteit in Amsterdam, and worked as a postdoctoral researcher in Mechanical Engineering at the Massachusetts Institute of Technology.

Savannah Garmon is an Assistant Professor in the Department of Physical Sciences at Osaka Prefecture University in Japan.  She received her Ph.D. from the University of Texas, before taking postdoctoral positions in Europe, Canada and Japan.  She has worked with the lgbt+physicists organization advocating sexual and gender diversity issues in physics since 2011 and sat on the American Physical Society Ad-Hoc Committee on LGBT issues, which released the first major report on LGBT Climate in Physics in 2016.  Her research focuses on dynamics of open quantum systems and non-Hermitian physics, with applications in photonics and cavity quantum electrodynamics.

Sabetta Matsumoto is an assistant professor in the School of Physics at Georgia Institue of Technology. Her physics research centers around the relationship between geometry and material properties in soft systems, including liquid crystals, 3D printing and textiles. Her lab studies knitted textiles from the point of view of knot theory and as an additive manufacturing technique. She is also interested in using sewing, 3D printing and virtual reality in mathematical art and education.

A.W. Peet is a Professor of Physics at the University of Toronto. They hold a B.Sc.(Hons) from the University of Canterbury and a Ph.D. from Stanford University. Their research expertise is in theoretical subatomic physics, and they investigate questions about the quantum nature of spacetime, using black holes as a theoretical laboratory. Their awards include a Radcliffe Fellowship from Harvard and a Research Fellowship from the Alfred P. Sloan Foundation. They grew up in the South Pacific island nation of Aotearoa/New Zealand, and have lived experience of misogyny, ableism, and transphobia. Web site: ap.io/home/.