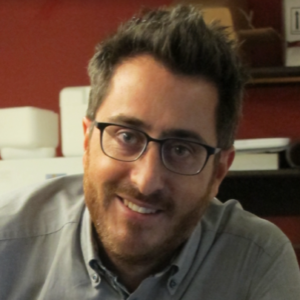 Vincent Tabard-Cossa is an Associate Professor in the Department of Physics with a cross-appointment in Electrical Engineering and Computer Science at the University of Ottawa.
He received his B.Sc. (2000) and Ph.D. (2006) from McGill University and was a postdoctoral fellow at UBC (2006-2008) and Stanford (2008-2010) before joining uOttawa in 2010. His research program is dedicated to developing novel techniques and advanced nanofluidic devices to characterize single-molecules, to unravelling the physics governing the behaviour of biological molecules, and ultimately to translating these discoveries into new technologies. He is well known for the pioneering of a simple, yet remarkably precise nanofabrication technique for making solid-state nanopores, that could enable the manufacturing and commercialization of solid-state nanopore-based technologies. He holds 7 patents in this area, which have all been licensed. He has over of 3500 citations. He is recipient of an Early Researcher Award from the Ministry of Research and Innovation of Ontario, and he received the 2017-2018 Young Researcher of the Year Award at the University of Ottawa.