Warning: Parameter 2 to title_like_posts_where() expected to be a reference, value given in /var/www/ccuwip/wp-includes/class-wp-hook.php on line 287
 Anthony Bonato - Canadian Conference for Undergraduate Women in Physics 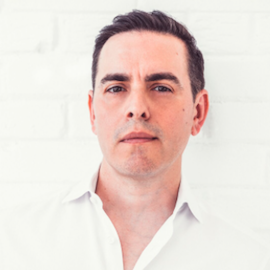 Anthony Bonato’s research is in network science and graph theory. He has authored over 110 publications with 70 co-authors. His books “A Course on the Web Graph” (2008) and “The Game of Cops and Robbers on Graphs” (2011, joint with R. Nowakowski) were published by the American Mathematical Society, and “Graph Searching Games and Probabilistic Methods” (2017, joint with Paweł Prałat) was published by CRC Press.

Bonato is currently full Professor in the Department of Mathematics at Ryerson University, and writes the blog The Intrepid Mathematician. In addition to his blogging, he has also written articles in The Conversation which have had 100,000 views. Some of these articles were featured in the National Post, a newspaper read across Canada and globally.